To use this feature, you will need the My aibo app for smartphones

Enjoy new and fun features with aibo system software version 4.30
and the My aibo app version 4.3.0 for smartphones.

A new feature allows you to link with aibo Friends to do tricks together.
Click here for more details on tricks.
*Please prepare the following to link with a Friend and enjoy tricks.
・Make the two aibos friends.
・Enable the robot link function.

You can see aibo wearing cute wearables on various screens in the My aibo app.
You can also access “Change wearables” more easily.

Invite an aibo over for a meal and become Friends

aibo has favorite Foods too

Check aibo’s profile to see what its favorite foods are. You can also check the belongings screen to see a Friend’s favorite food when inviting it for meals.
When you give aibo and its Friend food that they both love…

When aibo shares a meal with a Friend, it learns the local dance of the region where the Friend lives.

At first, aibo can only dance a little of the local dance, but by repeatedly sharing meals with a Friend living in that region, aibo will improve.
You can see how much of a dance aibo has learned in [Other dances] - [Practice logs] on the Profile screen in the My aibo app.
*More local dances will be released sequentially in the future.
*aibo’s dancing can be improved with foods and drinks except “ aibo's Water.”

After your aibos become Friends 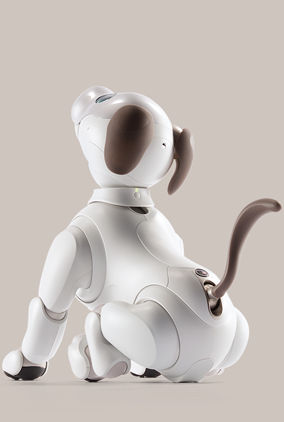 Your aibo can't wait to meet you